Varberg – the jewel in the west coast crown

You’re never far from the sea in Varberg: stormy, frothy or glittering and warm in the sunlight – all depending on season and weather.

From Hotel Gästis, you’ll reach the sea and the harbour with a five minute walk.
You can then follow the seafront promenade, which for more than 100 years has wound its way past the medieval fortress, the famous open air baths with its Moorish design and a number of places perfect for a dip in the sea dotting the coastline: Barnens Badstrand, Käringhålan, Skarpe Nord, Goda Hopp, Djupa Dräkt.
Where the seafront promenade ends, you’ll find the beach of Apelviken renowned for its fabulous surfing conditions and the grand old sanatorium. You have 2.6 kilometres worth of coastline before you get there. About half way you should stop off for a quick break with a coffee or a tumbler of Cuban rum at Gästis’ sister hotel Hotel Havanna!

History
As early as the 12th century, the building work started on Varberg Castle, which was later transformed into Varberg Fortress. For a period during the 14th century, the Swedish King Magnus Eriksson lived here with his Queen Blanka.
The most famous local, however, is not the king, but a murder victim that’s 700 years old – namely the Bocksten man.
The fortress today houses the newly renovated Halland Museum of Cultural History and they have given the Bocksten man – the star attraction at the museum – a department all to itself.
Varberg has been ravaged by fire several times, but despite this the town has managed to maintain a picturesque centre inside the old ring road. Take time to wander around and soak up the small town atmosphere.

A spa town
Between the harbour and Hotel Gästis, you’ll find Societetshuset – a cream-coloured gateau of a building from 1886. The building and the surrounding park was the social mecca of the town during Varberg’s heyday, where well-to-do folk came here to take the waters and socialise.
The 200 year old heritage of being a spa town still lives on in the well-known spa establishments, such as the Lenin Spa.
Today Varberg is just as popular as a tourist destination as it was during the spa era – every summer the population increases by several hundred thousand and Varberg is always ranked high in the top 5 chart when the best summer town of Sweden is being crowned.

The idyllic charm of a small town
Varberg is not short on restaurants and boutiques and every Wednesday and Saturday there’s also the classic market at Varberg Square.
A mere stone’s throw away from Hotel Gästis, is the Culture & Arts Centre Komedianten located, with a library, two theatres and a cafe. On the top floor of Komedianten, you’ll find the beautiful art gallery with exhibitions and also an arts workshop for kids.
Click here to find out more about what’s on at Komedianten and in the entire Varberg region too.
There’s also an event calendar with information about what’s on – day by day.

If you’d like some more personal tips from the hotel director, please click on The Gästis guide to Varberg. 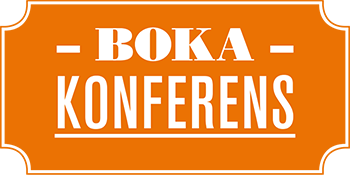